Today, I sallied forth to the mall, to look into buying a second Roku box at Target and to see the new Microsoft store. 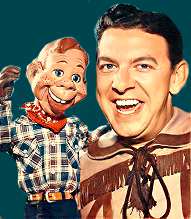 Ordinarily, I like being the age that I am. However, being my age and my gender almost invariably brands me as a techno-idiot to the kiddies who sell tech stuff these days (and on a heck of a lot of tech web sites as well). I’ve sometimes thought of getting a t-shirt made that says I WAS USING COMPUTERS BEFORE YOU WERE BORN or I WOULDN’T EXPLAIN THAT TO ME IF I WERE YOU or something similar. Once or twice in the past I’ve whipped out my A+ computer technician certification card and said “Let’s start over with the assumption that I do know what I’m talking about,” but today’s techno-kiddies don’t know what an A+ certification is.

I don’t really fault the Target kid for not knowing what a Roku box was. He did immediately call someone who did know, and told me where to find them. However, when I got to the shelf, I found that Target doesn’t carry the model I wanted. So much for instant gratification.

Then I went to find the Microsoft store. Which turned out not to be an actual store, but a glorified kiosk in the area of the mall where they usually have Santa Claus and the Easter Bunny, in season. There were several employee-looking young men milling around, and people were walking up to see what Windows 8 looks like (not as ghastly on the screen as it is in book illustrations, I must say) and to play with the new Surface tablets that were out on display.

The Surface tablet intrigued me, so I stepped up to check one out. It was flashy but a lot slower than I expected. I looked around for someone to ask about this and none of the employee-looking people were even near me, nor were they checking for people who might need help. I tried typing on the keyboard (which was bright pink) and wanted to ask if they bundled it with the tablet or if it was strictly a separate purchase.  Again, no one showed any interest in my corner of the kiosk. I folded my arms, stood back a little, and waited. Apparently tubby sixtysomething ladies are this year’s blend into the carpet model. Not one whisper of help did I get.

In order to wash the taste of that out of my mouth I went directly upstairs to the Apple store, where I was greeted immediately by a cheerful young man who didn’t even blanch when I told him that I really wanted a MacBook Pro but could not afford it at the moment. He showed me the one with the retina display, and when *I* blanched at the prices, cheerfully took me to the non-Retina model (with which I have decided I am in love) and told me to play with it as much as I wanted and seek him out if I had any questions.

Before he went, I thanked him for simply being helpful and told him that Apple clearly eats Microsoft for lunch.