Many years ago there was a show called Ben Casey (about a cranky neurosurgeon, if 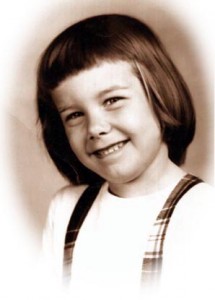 anyone cares) that started off with the phrase “Man, woman, birth, death, infinity.” I’ve been thinking about that a lot recently.
Realized I haven’t posted much on my journal in quite a while. Mostly it’s due to lack of time. I’m writing regularly for the 7Tutorials web site, and working on my third novel, and… well, life. So let me bring things more or less up to date.

Man: My son got a new job. It’s a much better work environment than his last job. Work environment can make up for a lot in a job, or it can make an otherwise good job miserable (as I can personally attest). My husband’s company moved its office clear across the LA megalopolis, which meant a LOT of extra work for his department, but unlike many of his previous employers, this one handed out both tangible and intangible rewards for the work. I’m so happy he’s not working for penny-ante big-ego small-budget outfits any more.

Woman: Besides what I mentioned above, as I talked about in previous posts I joined Weight Watchers last October. The American Diabetes Association had a pilot program that offered people three free months and after looking at the ghastly photos of me from our 40th anniversary/wedding reception party late in September I jumped at the opportunity. I’ve lost weight slowly but steadily, feel 100% better and am now using a bare fraction of the insulin I used to use. In fact, my doctor just told me that my blood sugar is under “tight control” and I will probably be able to stop using the long-lasting insulin completely before the end of the year. I’m already using so little of it that I’m throwing out nearly half a bottle every month (you have to discard the bottle after 30 days). Last September I was a tight squeeze in a size 24. Today I’m taking in the waist of another pair of size 18 jeans.

Birth: Our daughter and her wife are expecting their first child in August. I’ve given her the baby clothes that I saved for all these years. There’s not a lot of them, just special outfits like her brother’s first overalls, the onesie she came home from the hospital in, several small sleeping bags and assorted t-shirts. There’s still a bag of cloth diapers out in the garage, which I’m sure we’ll unearth one of these days. The kidlet will have diaper service, so these can be used for shoulder pads. I’m still sorting out toys from days gone by. I renovated the Playskool giraffe that both kids used, and will be rebuilding a little house with furniture and animals that was one of a pair I made for Christmas presents one year. I will need to replace all the plastic needlepoint canvas inside it. Apparently that stuff just falls apart over time. Who knew? I’m also working on a baby quilt that will have blocks in my own design, which somehow or other I never got around to actually sewing for all these years since I created it during my active quilting days. Oh, and hosting a baby shower, about which I know pretty much zero.

Death: We lost our beloved cat Tybalt at the end of April. He was 19 years old and had been in declining health for quite some time. We put off the inevitable for a long time, too, but finally we had to take him on his final journey. The vet treated him with kindness and respect and Tybalt died in my arms, knowing that he was loved. I still hear his claws clicking in the hallway from time to time and once in a while I’ll see him on his favorite spot on the couch, late at night. He came with us to this house. The other two cats are still adjusting to not having Tyb around, I think. They were both very much bonded to him and miss him a lot.

Infinity: Learning more about my ancestors. Delighting in my descendants. What more can be said about the circle of life?